Home › Sculpture Gallery › Making a Point: The Point of Making

Making a Point: The Point of Making 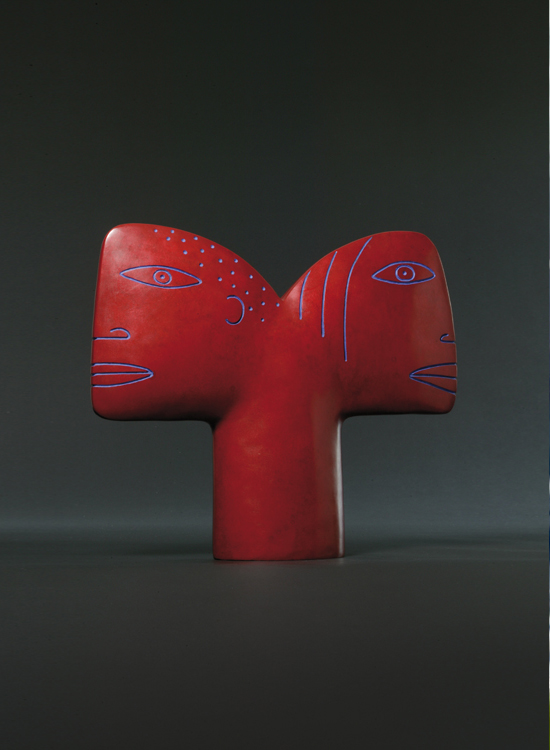 This exhibition, while not quite a retrospective, nonetheless had the objective of reviewing the way my work has evolved over more than thirty years. By examining some of the thinking behind and its relationship to the processes that created these images, it may have helped give them a context to better understand just how they relate to each other.

The development of digital photography has had the potential to make technically competent photographers of us all but there must be those who mourn the magic of the slower, almost alchemical process of a ghostly image gradually materialising through the murk of a bath of developing fluid. For me there is something of the same mystery when as a sculptor the tangible reality of aspiration gradually materialises and takes form in front of me. It is a synthesis of eye, hand and mind interacting with material and process that I for one would not want to forego. It is a process that is capable of producing something dynamically new to the world, an artefact in its own right and yet at the same time an ambiguous object capable of a number of different interpretations both cerebral and emotional. Art made through the dialogue between hand, eye and mind gives the artist an opportunity to stumble across signals that have the potential to have a profoundly moving effect upon us. These signals have the propensity to act as sensual prompts to the viewer’s own sensibilities, rather than simply being a narrative of the artist’s personal egocentricities. The search to find these symbolic triggers in making art is age-old and if we look back across time and place it is the schematic composition that is the norm rather than the exception. As in all art, the maker always needs to look back before moving forward.

Our collective response to certain shapes could be a result of universal codes that lie deep within our neurological architecture. After all, we also all respond intuitively to other stimuli: certain smells, sounds or tastes are collectively agreed to evoke a sense of pleasure. We call these stimuli ‘beautiful’ because they chime precisely with our internal organisational processes.

The human history of art has created a culture of symbols that elicit a response no less efficiently than Nature’s signals to animals. There have been many scholars and researchers who have recognised this phenomenon. In renowned ethologist Niko Tinbergen words:

“The natural situation is not always optimal”.

Sculpture that merely displays reality or mechanically mimics it does not have the condensed metaphoric language of the made object with which to evoke a heightened emotional response. One can admire the slavish copy of reality, one can be intellectually entertained by a conceptual idea of reality isolated from its context, but the object formed by a raid on the unconscious through the process of making moves us more profoundly and connects us with what can only be called the essential human experience – that is if we are lucky.

In the words attributed to Virginia Wolf:

“Art is not a copy of the real world; one of the damn things is enough!”