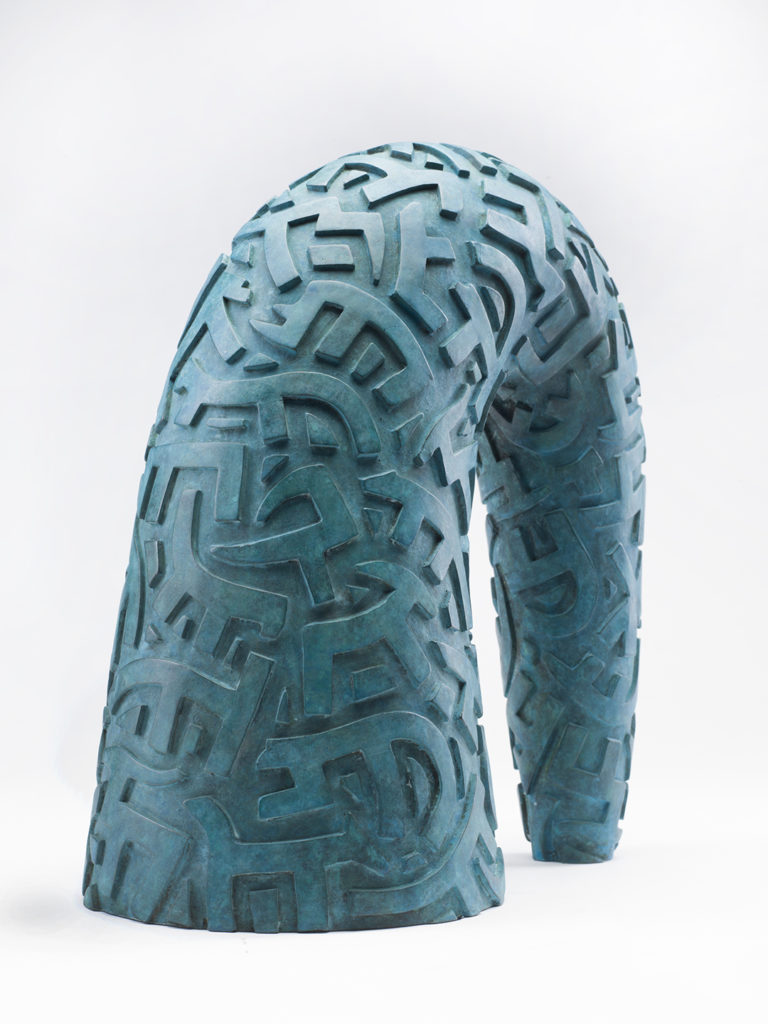 Time Of Our Lives

The sculptor who has pushed the boundaries and possibilities of colouring bronze, Jon Buck will be exhibiting a new body of work at two locations this spring; Pangolin London and Gallery Pangolin. An ardent advocate of conservation, this exhibition celebrates the beauty of biodiversity with an exciting combination of timeless forms and intricate surface motifs.

Coded for Colour offers the perfect opportunity to gain an overview of Buck’s exciting adventure with form, surface and colour. In its most distilled sense this can be seen as a detailed naturalism steadily pared down to the brink of abstraction in an attempt to capture what Buck calls ‘the essence of the thing’ and ultimately to delight the viewer and stimulate the senses to maximum effect. 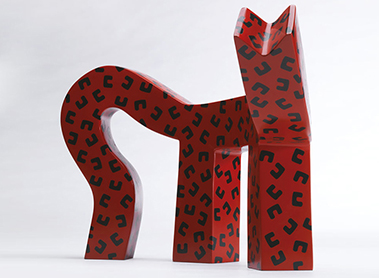 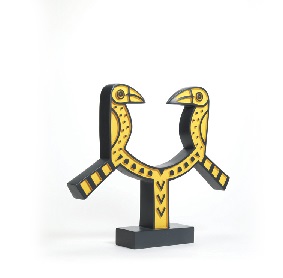 These latest sculptures are powerful , often playful and humorous, but above all joyful. “Songs without words” as Jon describes them, or visual equivalents to poems, they express the resilience of the human spirit, evoking recognition and intense emotion.

It takes a whole team to bring together such an exhibition and catalogue. Michael Bird has given us a very insightful personal perspective on Jon’s work for which we are extremely grateful. We would like to thank Steve Russell for his superb photography and unstinting support and, as always, the Pangolin Editions craftsmen for the quality of their craft, so apparent in the finished sculptures.

Most of all we must thank Jon Buck for providing the ingredients for “Without Words” and we very much hope you will share our delight in this, his fourth solo show at Gallery Pangolin.

Following the huge success of his 2009 exhibition, Pangolin London is delighted to announce their forthcoming solo show of work by Jon Buck. Charting the most recent developments in his career, Turning Inside Out explores Buck’s most spontaneous and bold sculpture to date. 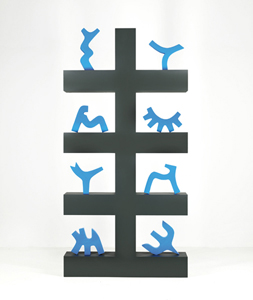 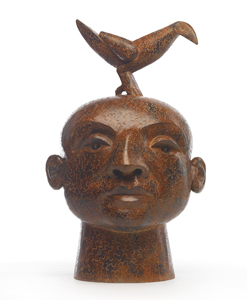 Making a Point: The Point of Making

‘Making a Point: The Point of Making’ explores the evolution of Jon Buck’s sculptural language and philosophy over three decades. Highlights include a rare narrative, painted-resin head from 1983, sensitive and touching ‘embrace’ pieces from the 1990’s, powerful and symbolic works from the ‘Intimate Connections’ series of 2000, brightly-coloured birds and beasts from ‘Odd Birds and Other Selves’, 2005, stunning painted bronzes from ‘Behind the Lines’ shown at Pangolin London in 2009 and three exciting new pieces made especially for the exhibition.

Jon Buck’s first major one-man London show offers a collection of bright, bold sculptures that defy an art world saturated in pure concept and champions the process of making. Buck blurs the boundaries between drawing and sculpture, experimenting with our traditional concepts of dimension in a rarely-seen way. His brilliant colours, simplified forms and direct themes, enable the viewer to look ‘behind the lines’ and engage in a world of humanity and nature. 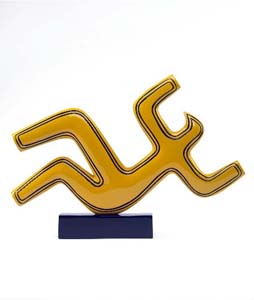 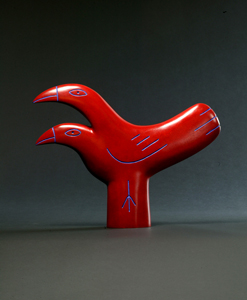 Work for ‘Intimate Connections’ not only changed the look of my bronzes through patterning and texture but my foundry, Pangolin Editions,  also developed a much broader palette of colours on which I was able to draw. With these sculptures I began to feel that I was using bronze in a way unique to myself, with the consequence of giving it a much more contemporary feel. With so much texture and colour some work no longer needed explicit figurative connotations and pieces like ‘Venus’ and ‘Polymorph’ only hint at their identities. 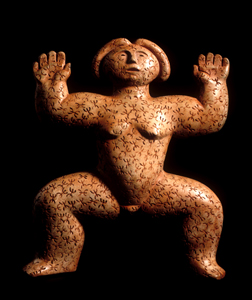